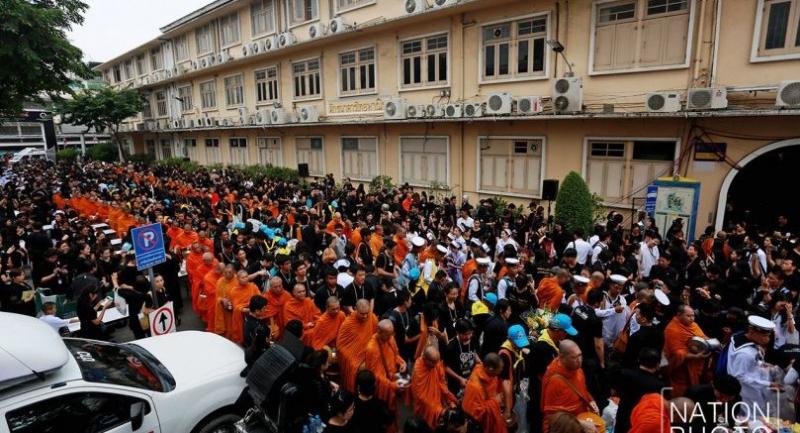 Members of the public attend a morning alms offering ceremony on Friday to 199 monks from 14 temples at Bangkok's Siriraj Hospital to mark the first anniversary of the passing of His Majesty King Bhumibol Adulyadej.

People also stood still with their heads bowed in front of the late monarch's portrait for 89 seconds in the hospital's grounds around the Prince Mahidol Memorial Statue, as part of an event called “Sirakran Phra Bhubalnawamin” to mark the anniversary of the day His Majesty King Rama IX passed away at the hospital. Part of the dried-food offerings to the monks will be sent to Border Patrol Police (BPP) Schools in tribute to the late monarch's example of helping others.