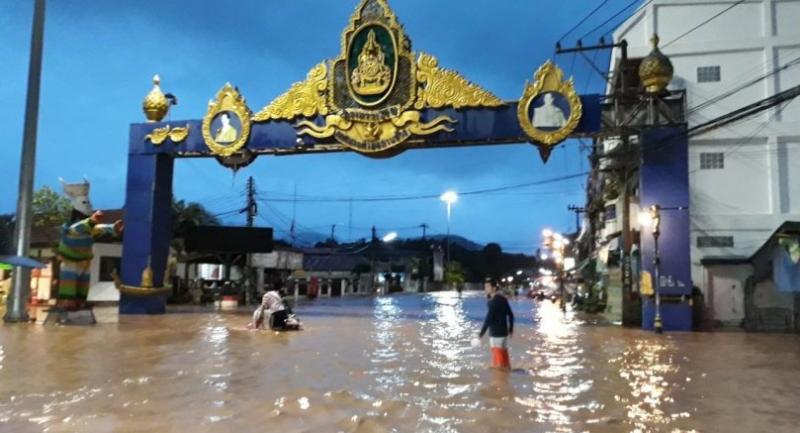 The business area in Loei’s Dan Sai district was flooded by the run-off from several mountains early Tuesday after hours of heavy rain.

Dan Sai police chief Pol Col Yutthawat Chokchai and officials alerted residents in the downtown area of the district at 2am to move their valuables upstairs.

Run-off from Phu Pluei, Phu Khi Thao and Phu Rua in Tambon Khok Ngam did not hit the town directly, but water flowing into creeks and small canals that converge into the Mun River caused its banks to burst and flood the downtown area of Dan Sai.

At its peak, the water level was about 30 to 50 centimetres high.

The areas around the business area were under about 20 to 50 centimetres of water.

The water started to subside at about 7am.