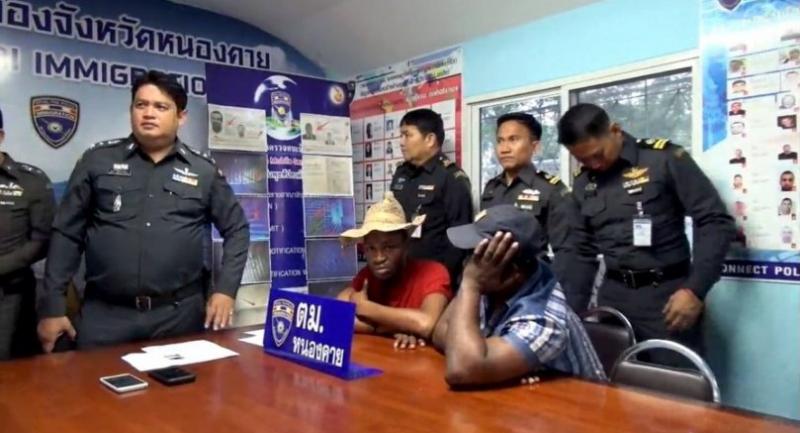 Two Nigerian men were arrested on Monday for using fake South African passports in attempting to cross the border into Laos from northeast Nong Khai province.

Immigration Police said on Tuesday morning that Wayne Junior Shimbambo and Katlego Ofentse Makabane, both 35, had been arrested at 6am the day before while trying to cross the First Thai-Lao Friendship Bridge.

Once their passports were determined to be fake, they were taken into custody for questioning.

Panlop said they confessed to being Nigerians and had been in Thailand for a month. Wishing to remain, they hired a friend to make fake passports.

Immigration officials handed them over to Muang Nong Khai police for further action.