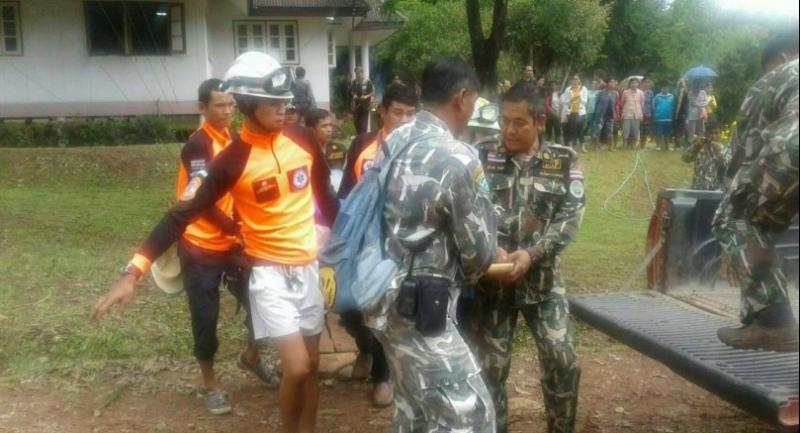 By Sanom Boonchanteuk
The Nation

The body of Phetchabun’s Phupha Daeng Wildlife Sanctuary chief Sudjit Khorthong, who was killed on Tuesday morning when his pickup truck was caught in swirling floodwaters, was retrieved later on the day.

The Lom Sak district-based sanctuary chief’s body was found three kilometres from where his truck was found in nearby Tambon Pak Chong.

Sudjit was on his way to a meeting in Phitsanulok when his truck was swept into a roadside creek, police said. Sudjit reportedly travelled alone to the meeting because he had earlier instructed his subordinates to join other officials in clearing a local road that had been affected by a landslide. The truck was found surrounded by torrential floodwater at 5am. Initially believing his body was trapped inside, rescue workers found the truck was empty, and promptly launched a search along the creek. They found the body stuck in downstream rocks and tree branches at 9.30am.

His body will be sent for a funeral at a temple in Tambon Wang Chompoo of Muang Phetchabun.