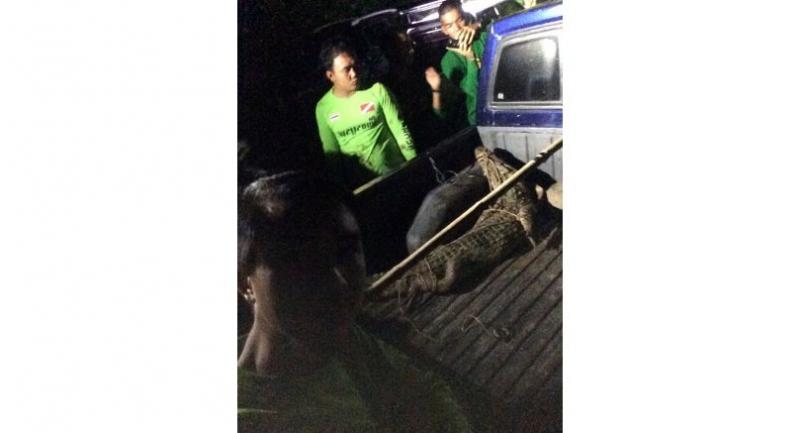 Local residents were relieved after a crocodile that escaped a breeding farm in Phetchabun province on Saturday was re-captured early on Tuesday morning, a police source said.

Following the operation by a 50-strong team of police, army, rescue workers and officials from three fishery-related agencies, the two-metre-long female crocodile was sent to the Phetchabun Freshwater Animal Research and Development Centre.

It is believed that the crocodile escaped through an air duct during severe flooding at Kiat Farm in Tambon Sadiang. The incident landed the farm’s owner Somkiat Tangpaitoon in hot water, as a subsequent probe by authorities found that he had failed to renew his operating licence.

Officials suspended the farm’s operations and seized all the crocodiles there. They will be transported from the farm after floodwaters subside.