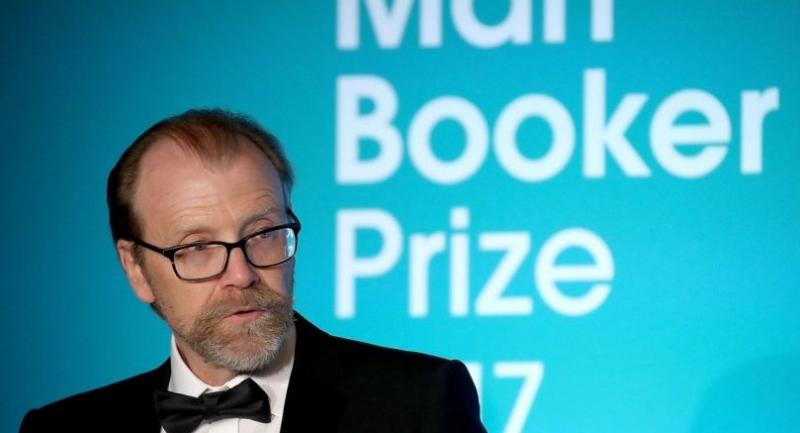 US author George Saunders speaks after being annouced as the winner of the 2017 Man Booker Prize for Fiction, at the Guildhall in central London on October 17, 2017./AFP

US author George Saunders became on Tuesday only the second American writer to win Britain's renowned Man Booker Prize, which was awarded for his first full-length novel "Lincoln in the Bardo".

Judges for the prestigious English-language literary award praised as "utterly original" the book that chronicles the death of Abraham Lincoln's 11-year-old son Willie using the accounts of hundreds of narrators.

"The form and style of this utterly original novel reveals a witty, intelligent, and deeply moving narrative," said Lola Young, chair of the judging panel, in announcing the prize at a ceremony in London.

In a brief, politically-tinged acceptance speech, he made several thinly-veiled references to the controversial policies of US President Donald Trump.

"We live in a strange time," he told the audience. "In the US now we're hearing a lot about the need to protect culture. Well, this tonight is culture."

This year's Man Booker Prize shortlist pitted three US and three British writers against one another.

The award, launched in 1969, was only open to writers from Commonwealth states until it began permitting authors from other English-speaking countries in 2014.

Last year Paul Beatty became the first American to win the award for his novel "The Sellout".

Saunders was the British bookmakers' favourite ahead of the announcement on Tuesday.

In a lengthy and varied writing career, he has penned award-winning short story collections, essays, illustrated fables and a bestselling children's book, as well as many pieces of journalism.

In 2006, he was awarded both a Guggenheim Fellowship and a MacArthur Fellowship, while in 2009 he received an Academy Award from the American Academy of Arts and Letters.