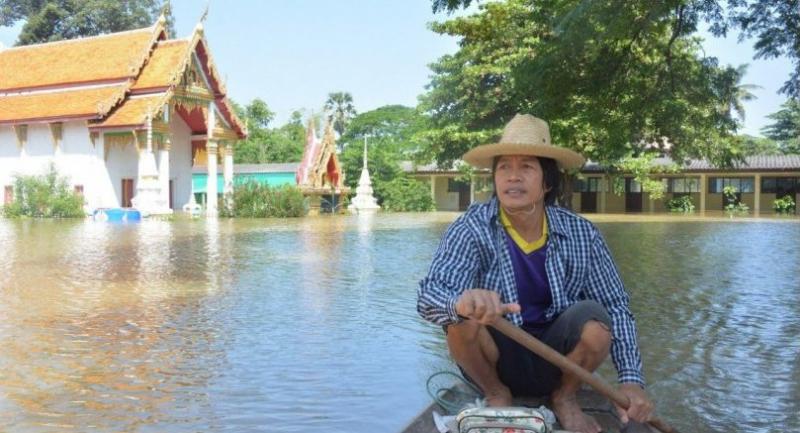 The Chao Phraya River to burst a flood levee and inundated a village in Ang Thong late on Thursday night.

Residents of Moo 1 in Tambon Pamok in Ang Thong’s Pamok district said the levee collapsed and water gushed in to flood their village overnight.

Almost all of the estimated 200 houses were flooded. The Wat Amphawan Temple in the village was also under nearly two-metre-high water.

Sombat Phayungphan, 55, the janitor of Wat Amphawan School said villagers alerted one another as the levee collapsed, and they quickly moved their belongings upstairs and their vehicles to the higher roads.