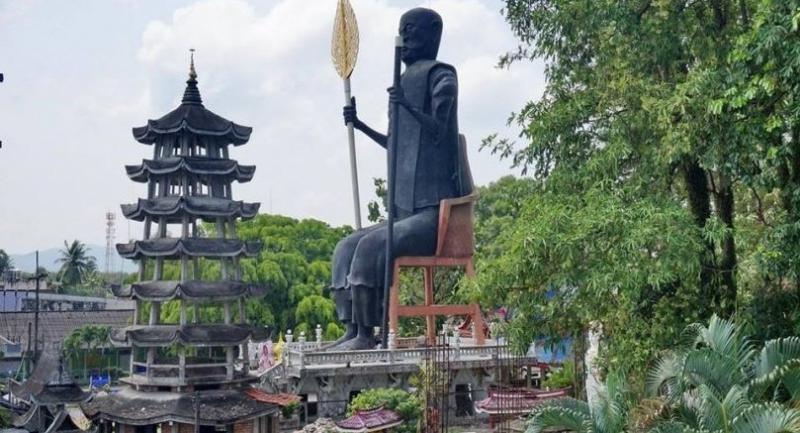 He also defended the two statues of giants holding M16 assault rifles at the entrance to the temple’s ubosot, saying they were intended to “catch up with the modern world” and to teach the public a lesson in dhamma. Billed as the “world’s largest”, the Luang Por Cham statue is made of black onyx from Kanchanaburi to honour and promote the well-known late Phuket monk. Building began in 2015 with a budget of Bt12 million – half of which came from a donation by a Malaysian national in Penang and the other half from the temple’s coffers – and it wasn’t yet complete, he said.

The abbot said the statue, built by a team of contractors that had built many things at the temple in the past 30 years, was found to be disproportionate after the scaffolding was removed. He said they would fix the statue, but this would take some time and require a lot of money. His statements came after uproar on Thai social networks over the alleged inappropriateness of the statues and calls for adjustment or demolition.

Phuket Buddhism Office chief Winya Pladkwa said no formal complaints had yet been filed about the temple, but the office had already warned the monastery to make appropriate adjustments or face further action.