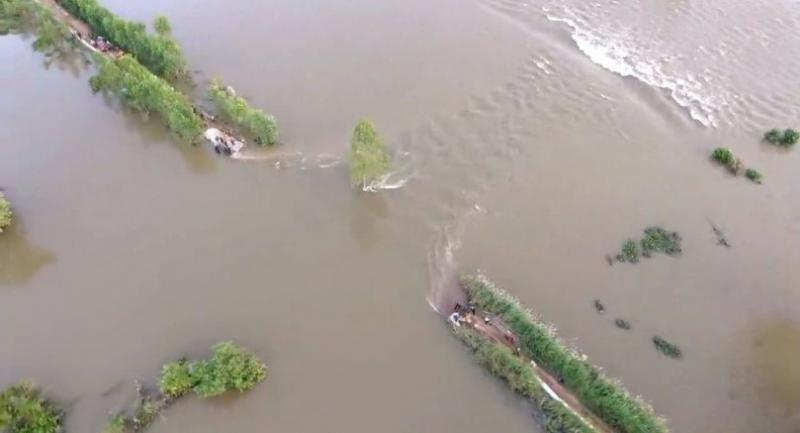 The Army was dispatched to assist authorities and local people of Tambon Tha Thum in Mueang Maha Sarakham District to repair a broken flood prevention dike along the Chi River and save nine nearby villages from flooding.

Fifty soldiers from Maha Sarakham Peacekeeping Force with construction materials were sent to Ban Tha Thum to speed up the repair of the riverside flood prevention dyke. About 30 metres of the dike collapsed four days ago and caused flooding at nearby farmlands. Commander of Maha Sarakham Peacekeeping Force Col Kittisak Bunphrathamchai said that with the assistance of the soldiers, 10 metres of the dike had been repaired.

Kittisak said that now the team faced the problem that wood for the construction was running out and they have to wait for more supplies.

He said that nine nearby villages will be safe from flooding with the work is complete.