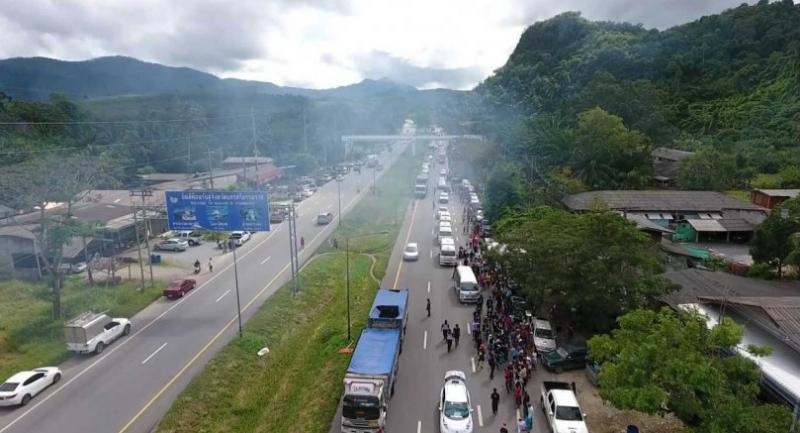 Rock star Artiwara “Toon” Kongmalai was late to start the 14th day of his epic 2,191-kilometre run for charity Tuesday morning because of an apparent leg injury.

He was seen walking with a limp out of the house where he stayed overnight in Sichon district of Nakhon Si Thammarat at 7.30am to begin his run.

He was scheduled to start the run at 4.30am.

A lot of people gathered at the house in Moo 1 village in Tmabon Sichon of Sichon district to give him moral support and some donations.

Toon finished the 13th day of his run at 9pm Monday when he arrived at the house owned by Witthaya and Aree Navarat.

He is scheduled to end today's run at a PT petrol station in Surat Thani and rest on Wednesday.

Toon plans to raise Bt700 million for 11 public hospitals under the banner of “Kao Kon La Kao”, or “Take One Step Each”. He started in Betong district in Yala province, and his final destination is Mae Sai district in Chiang Rai.