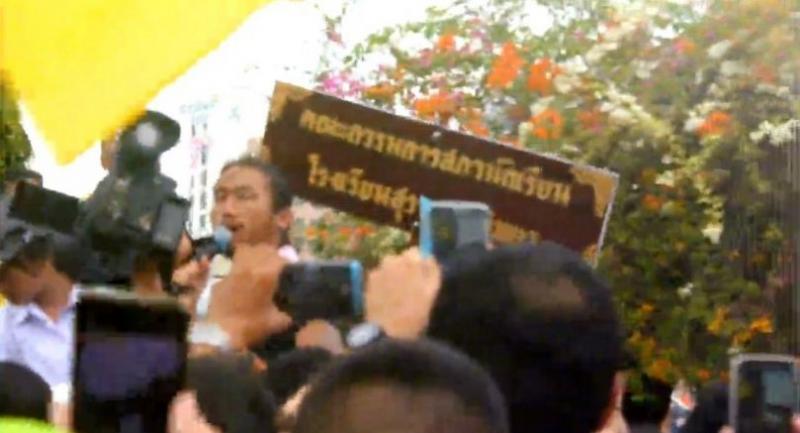 Rock star Artiwara “Toon” Kongmalai interrupted his charity run to join a mini concert at a school in Surat Thani’s Muang district on Thursday, the 16th day of his epic 2,191-kilometre journey.

At 10.40am, Toon, who has created a phenomenon with his run, arrived at the Thepmitr Suksa School, where more than 4,000 students and teachers were waiting for him.

The school band played two of Toon’s popular songs, Saeng Sud Thai (Last Light) and Plai Thang (Destination), and the rock star joined in to sing the vocals, much to the joy of the students. The school gave him Bt70,000 donated by students and teachers for his charity campaign.

He then completed three more kilometres of his run to finish his first set of 22-kilometres for the day, which stretched from Surat Thani’s Kanchanadit district to the Muang Surat district office.

Toon plans to raise Bt700 million for 11 public hospitals from his run under the banner of “Kao Kon La Kao”, or “Take One Step Each”. He started in Betong district in Yala province, and his final destination is Mae Sai district in Chiang Rai.