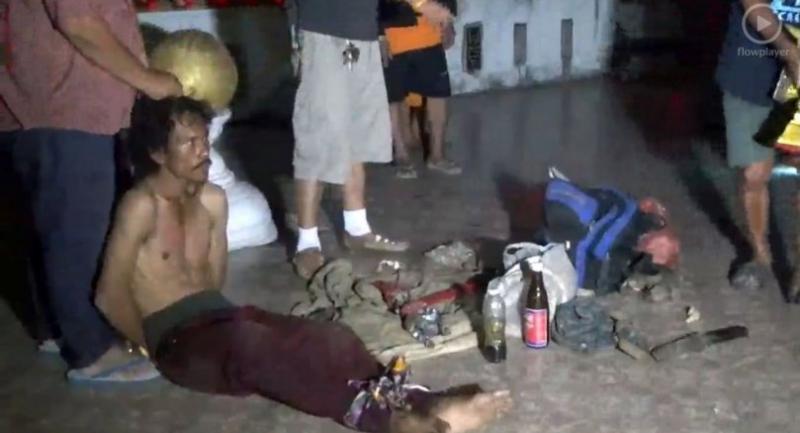 A Buri Ram man believed to be delusional from sniffing glue was arrested on Thursday night after allegedly smashing statues at Wat Sawang Arom.

Pol Lt Colonel Adichat Meesa of Muang Buri Ram precinct said Chinnakorn Khamkhong, 33, claimed he took a hammer to 10 statues of the Buddha as well as naga and other mythical figures because he wanted to “destroy the beings that are more powerful than him”. Monks, laymen and police were able to end his rampage and concluded he was hallucinating after sniffing glue.

It was later found that Chinnakorn had been arrested for vandalism previously after destroying statues in Rom Buri Park.