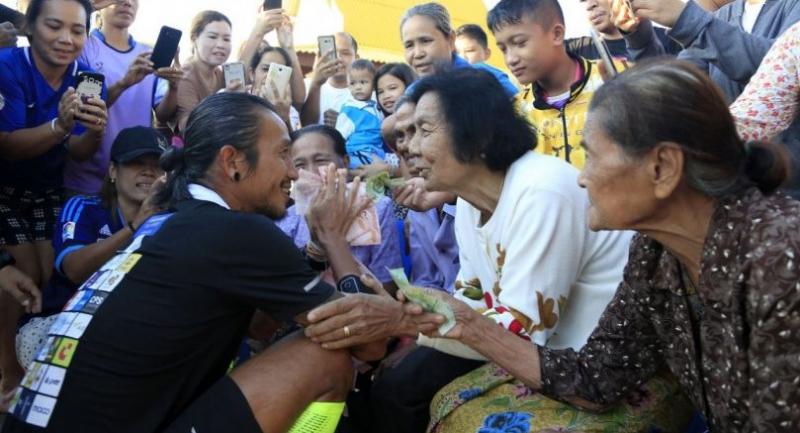 A 75-year-old grandpa has his children take him to wait to donate to his charity run hero, Artiwara “Toon” Kongmalai, five times Friday morning to get a photo with the rock star.

During his first set of the run on Day 17 of his charity campaign, Toon and his group ran from Wing 7 command to Tha Chang district.

The old man , Prayoon Khamkua, waited for Toon at the Kuan Ra intersection in Tambon Sawied in Tha Chang district. HIs daughter said Prayoon has already given donations to toon four times in four waiting spots and has got a chance to hug him and has received his autograph but has not yet posted a photo with him.

So the daughter took Prayoon to wait at the spot. Luckily, this time Toon spotted the old man and stopped to chat with him and took photos together much to the joy of the old man.

The daughter said her father intended to keep moving on to wait on along the road until he would get a chance to have a photo with his idol.