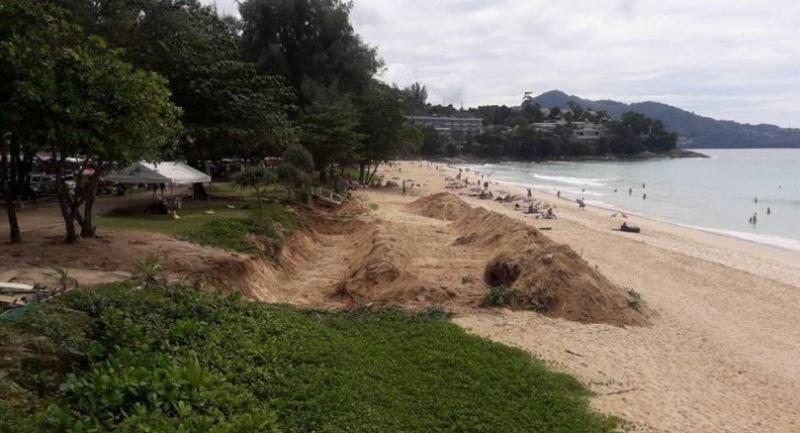 Opposition is mounting against a retention wall project at Cherngtalay Or Bor Tor that is planned at Surin Beach in Phuket after Thon Thamrongnawasawat, assistant dean of the Faculty of Fisheries at Kasetsart University and a marine specialist, said it would harm the local ecosystem and beach environment.

“The retention wall project on Surin Beach, which will cost several million baht, should not go ahead. The DMCR [Department of Marine and Coastal Resources] has already sent letters requesting reconsideration about the project twice. The department emphasised that the natural sand ridge should not be disturbed, encroached on or have anything constructed on it. The department has already warned that the local council should strictly follow this piece of advice.”

He also blamed the project designers for existing damage in the area.  “There’s a quite a lot of preparation on the beach already, including digging up the sand up and I disagree with that. They have been warned by a government department that is directly involved as well as many marine specialists, ecologists and local people.”

“I would like to ask the DMCR to investigate this project thoroughly and urgently. If there’s no adjustment in action following the letters from the department, we request that the project be suspended to avoid any further damage to the beach.”