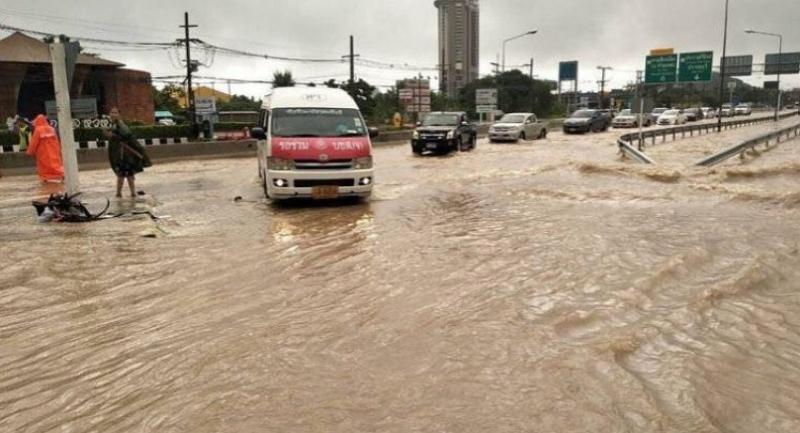 As Tropical Storm Kirogi soaks much of Thailand, downtown Phetchaburi was widely flooded on Tuesday morning after a night of heavy rain.

As of 10am, several thoroughfares were inundated, including Ratdamnone, Boriphat, Bandai It and Phetkasem roads.

In some places the water was 50-60 centimetres deep, in others gushing in torrents through houses and shops.

Phetchaburi was among several provinces expecting heavy rains Monday and Tuesday because of Kirogi.