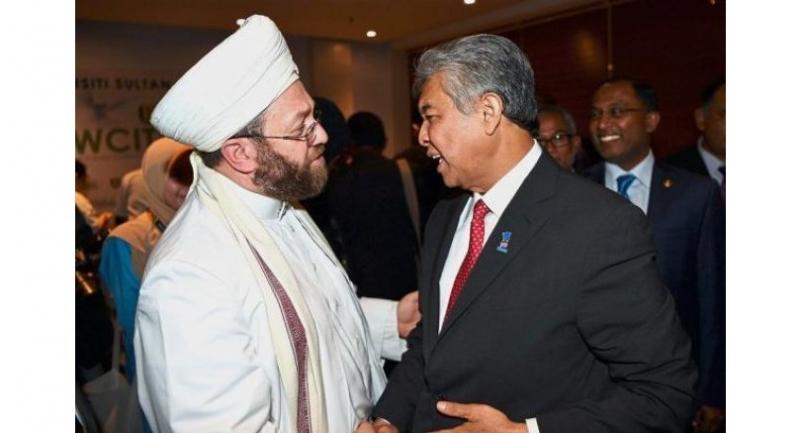 He said the centre in Kuala Kangsar and the existing Counter-Messaging Centre could complement the work of the King Salman Centre For International Peace in enhancing the nation’s role in countering terrorism and extremism at the international level.

“Besides the military aspect, the centre will also focus on academic elements with the main role of combating terrorist threats and the spread of extremist and terrorist propaganda and ideologies.Whatever intellectual discourse that are generated can lead us to solutions that can be shared with the world,” he told reporters after closing the 4th World Conference on Islamic Thought and Civilisation (WCIT) here yesterday.

“The purpose of the centre is to monitor social media for any suspicious activities and information related to the Islamic State, whether it is perpetrated by Malaysians, foreign fighters or extremist organisations in the country. The centre’s purpose is for that alone and not to tamper with anyone’s personal data or information,” he added.

At another function here, Dr Ahmad Zahid pledged to bring up to the Cabinet the issue of standardising the grades of headmasters and senior assistants at primary and secondary schools.

He was responding to Perak Headmasters Council president Rustam Affandy Abdul Aziz, who said that there was a big gap in allowances paid to a headmaster and senior assistant of a secondary school compared to those at the primary level.

He said a teacher made a senior assistant at primary school still received a RM60 monthly allowance.

“But when a teacher is appointed senior assistant at a secondary school, the grade changes from DG44 to DG48 with a RM120 allowance,” he said at the close of the 30th Perak Headmasters Confe­rence.