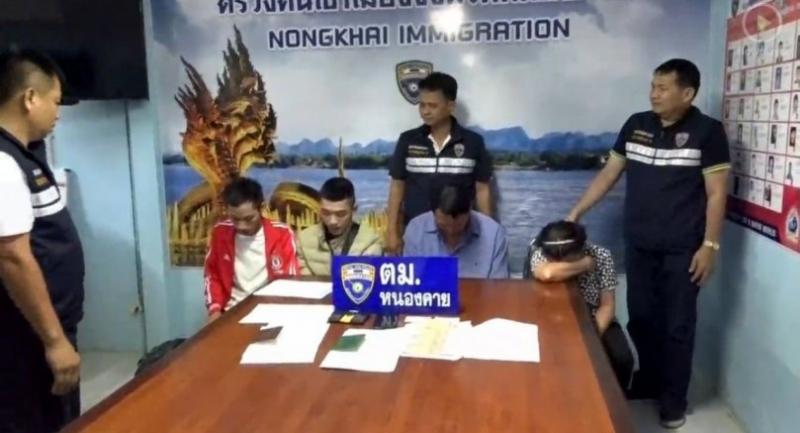 Sombat was arrested at 4pm on Wednesday while trying to drive his van across the Thai-Lao Friendship Bridge without stopping at the checkpoint.

Police managed to stop the van and found two Vietnamese men aged 21 and 22 inside. One of them had overstayed his tourist visa by 615 days and the other by 895 days. The two admitted that they had been working illegally at a restaurant in Phuket and wanted to return home via Laos.

Sombat implicated Ornprapha, saying she had hired him for Bt1,000 to take the two across the border. The woman was arrested on a bus near the bridge. She admitted that she had collected Bt3,000 from each of the Vietnamese men, promising to smuggle them out of the Kingdom.