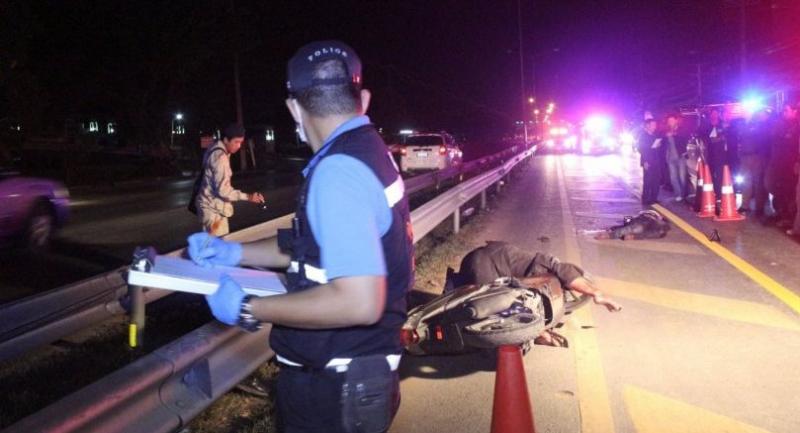 The body of Chattabutr Kanthaloh, 19, was found with his motorcycle on the Rangsit to Nakhon Nayok Road. He had been shot once in his head, once in a shoulder and three times in his legs, said Pol Lt-Colonel Ratchapol Boonwichien, inspector of Thanyaburi police station, who attended the scene at about 3am. The body of another man, who appeared to be around 20 to 25 years old, was found five metres away on the road. He had no identification card. He had one shot to his head, another to his body and three shots to his legs.

A rescue official of the Mueang Bueng Yitho Foundation, Krailart Setthimaneerat, said he was driving his ambulance to pick up a patient in a housing estate near the area when he spotted someone lying down on a motorcycle, and stopped to provide help.

Krailart said he saw a man carrying a pistol standing over and looking at the motorcyclist. Krailart said the man fled on a waiting motorcycle when he saw Krailart parking his van to check what happened.