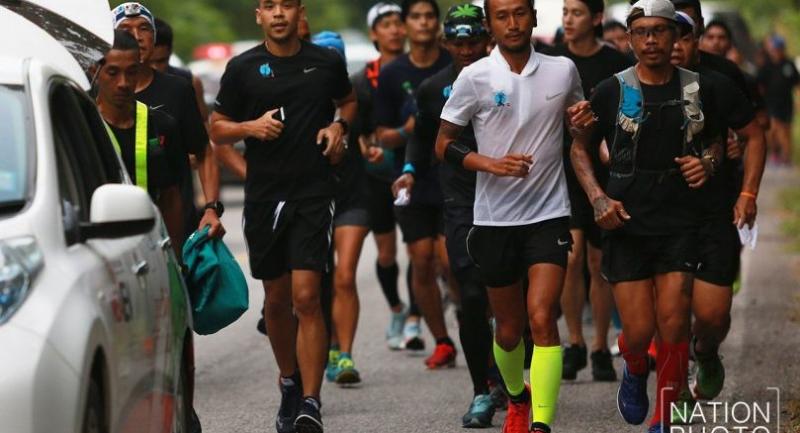 Rock star Artiwara “Toon” Kongmalai looked fresh when he resumed his charity run on Day 25 after two days of rest because of a leg injury.

Toon and his group turned up at the starting point in the Pathieu district of Chumphon province at 4.30am on Saturday. Chumphon Governor Narong Polla-iad and a lot of local residents were there to see Toon off at the starting line amid a cool sea breeze. They wished Toon a safe run until he reached his destination in the Mae Sai district of Chiang Rai province.

Toon showed no signs of the injury that had bothered him a couple of days ago and he smilingly thanked the people of Chumphon for seeing him off. Celebrity Thai boxer Buakaw Banchamek, who vowed to accompany Toon until he reached his destination, also joined the run on Saturday morning.