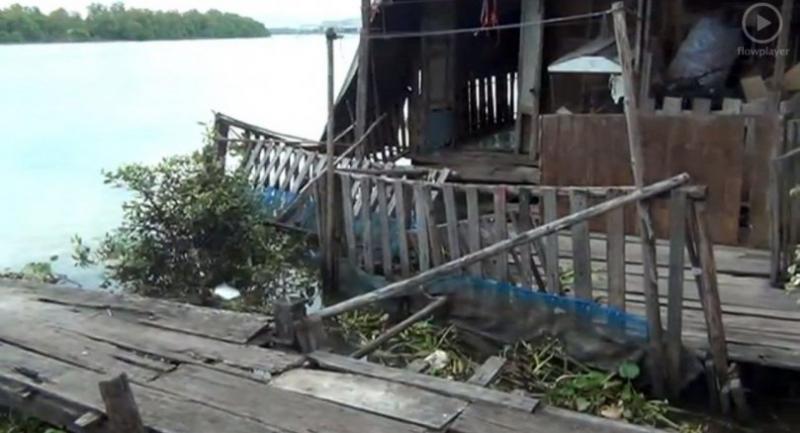 A 65-year-old woman who cannot walk was rescued from the Bang Pakong River on Tuesday morning after her wooden house’s floor collapsed into the river.

When the floor of the riverside balcony collapsed, her neighbour was rowing by the house, so the woman, Prathin Kijkesacharoen, was able to grab on to the boat and was pulled out from under the house.

The neighbour called the rescue unit of the Tambon Tha Sa-aan Municipality in Chachoengsao’s Bang Pakong district at 8am.

Rescuers and neighbours spent about 20 minutes getting Prathin out of the water as initially they could not lift her from the water and mud. Eventually they used a rescue board for her to lie on and pulled her on to the riverbank with a rope.

She was then taken to Bang Pakong Hospital.

The woman lives alone in wooden house on a raised platform that is almost 100 years old.

While she cannot walk, she has limited mobility from a sitting position.

Pratin said when she moved to the front platform of her house, there was a loud noise and the wooden floor broke and fell into the river. It was high tide so she was not injured in the fall and was able to hold on to the house’s pole foundation until she was rescued.