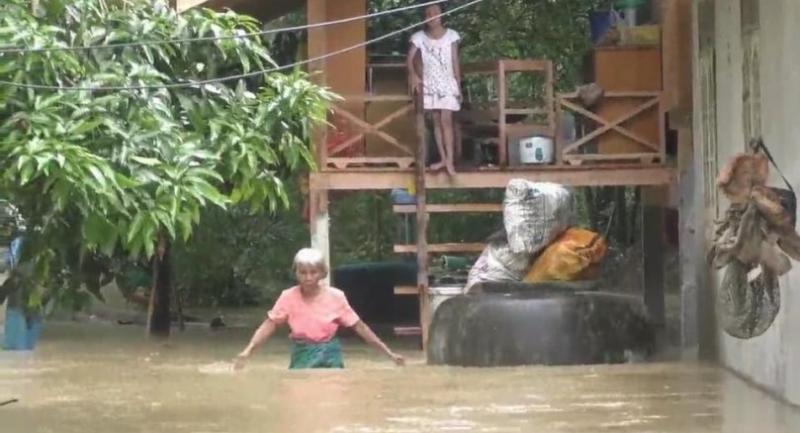 A woman wades through floodwater at her house in Trang on Saturday.

Massive floods from Monday to Saturday have affected more than 256,000 families in 10 Southern provinces, the Disaster Prevention and Mitigation Department announced.

Chayapol Thitisak, director general of the department, told a press conference that over 805,000 people from 256,447 families in 4,338 villages from 101 districts of 10 Southern provinces were affected during the period.

Thitisak said floodwaters in Krabi had receded, but 4,289 villages in 637 tambons of 96 districts in nine other provinces were still under water.

He said his department was coordinating with local administrations, military units and other government agencies concerned to get help to the affected people.

According to Chayapol, Pattani’s 12 districts were still affected by floodwaters, causing hardship to 55,662 people from 18,512 families from 571 villages and 20 communities. So far, the floods have claimed two lives in the province.

In Yala, nine districts have been flooded, affecting 111,301 people from 29,934 families. One person has been killed.

In Songkhla, two persons have been killed in floods that have affected 16 districts and 202,828 people from 72,078 families.

Thitisak said eight districts of Trang have been hit by floods, affecting 50,467 people from 16,398 families.