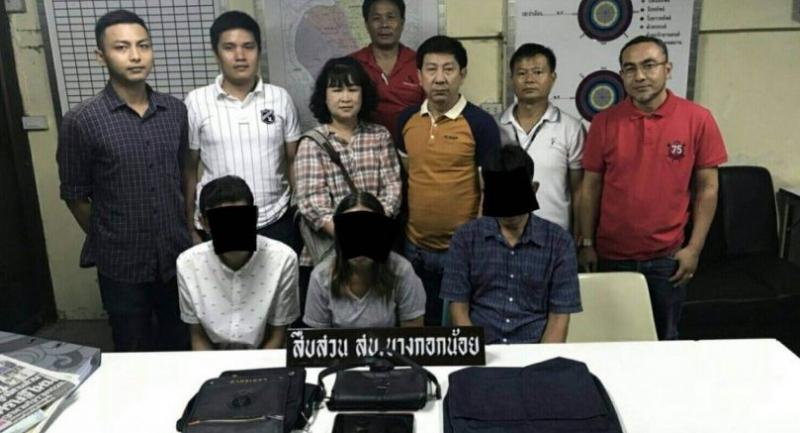 Three suspected thieves have admitted to stealing valuables and cash from more than 20 victims in crowded Bangkok areas, police said on Sunday.

They were arrested on Saturday after they allegedly stole an iPad from 54-year-old Chonnikarn Phuthong.

Chonnikarn screamed for help when she noticed that someone had taken the iPad out of her bag.

Policemen from the Bangkok Noi Police Station, who had been assigned to watch the location after receiving several complaints about thefts, came to her assistance.

Chonnikarn told police she had seen someone jump onto a tuk-tuk heading towards the Arun-Amarin Intersection. Police followed and apprehended the three suspects.

Suttipong told police that they usually surrounded their target in a crowded area before grabbing valuables and running away. They usually fled the scene separately.

Suttipong and Prasit both have previous records for theft, while Kanjana does not have record.

The three suspects reportedly admitted that they did not have jobs and stole to provide for their livelihoods.

Police have pressed theft charges against them.