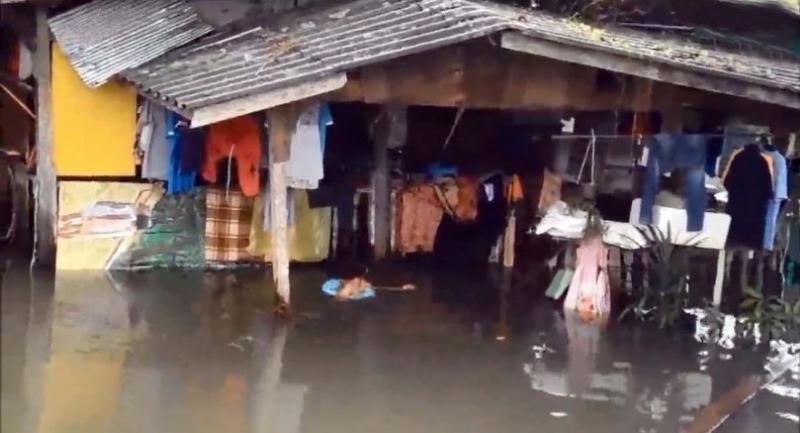 Marines handed out drinking water and instant food to 500 flood victim families in Narathiwat's Mueang district on Monday morning, with much of the southern border province still under water.

The situation in the province has not improved because rain triggered by monsoon conditions continued throughout the night.

Ammorn Thepkamnerd, president of the Tambon Lamphu administrative organisation, and Junior Lt Surapol Sukkwan, chief of the Wat Lamphu taskforce, led marines as they helped out the families.

The food and water were carried on a six-wheel truck that had to wade through floodwater to reach villagers.

Several parts of Narathiwat remain under about 20 to 50 centimetres of water. The authorities believe the floodwaters will subside in a few days if there is no more rain.