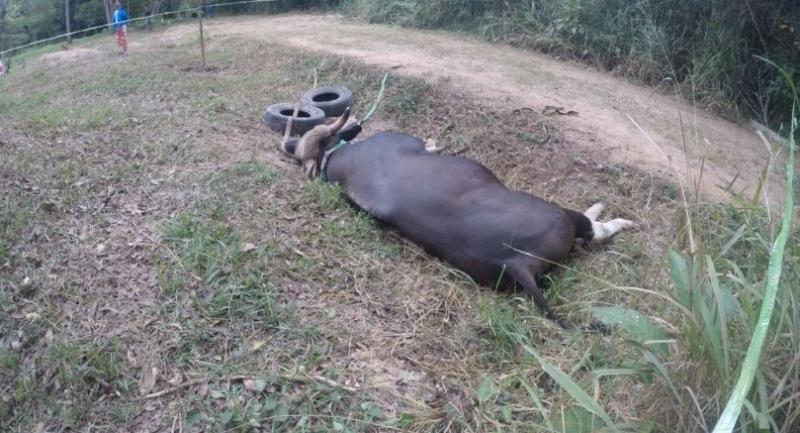 A gaur that was seriously injured when it was hit by a truck outside Nakhon Ratchasima’s Khao Yai National Park on Monday, died from its injuries on Tuesday morning.

Vetarinarian Supalak Prachan from the Protected Area Regional 7 Office, led a team to conduct an autopsy on the five-year-old 1.3-tonne gaur. The examination found the animal suffered fatal trauma and internal bleeding. The gaur was found heavily bleeding in the middle of a road about five kilometres from the downtown Pak Chong district at 3am on Monday after it was hit by a 10-wheel truck.

The animal fled into a nearby forest as a crowd gathered. Officials followed the animal and fired three tranquiliser shots to calm it and take it to the park’s Khlong Pla Kang unit in Tambon Wang Mee for treatment.

However, it died at 2am on Tuesday.

The gaur was listed as a vulnerable species by the International Union for the Conservation of Nature in 1986.