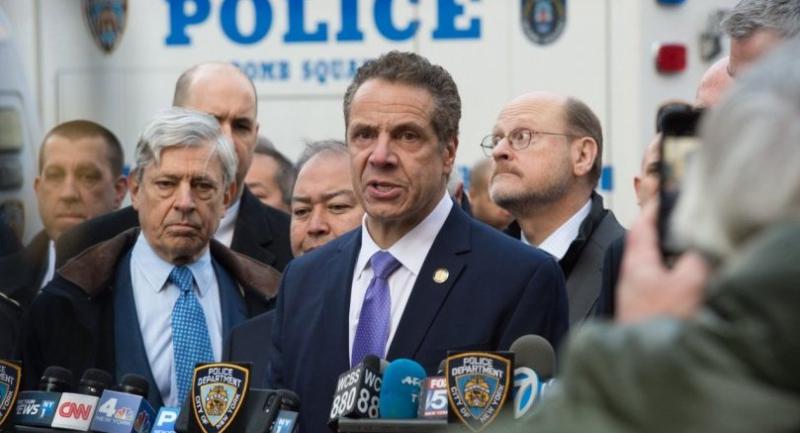 NY Governor Andrew Cuomo speaks at a press conference as police respond to a reported explosion at the Port Authority Bus Terminal on December 11 in New York.//AFP

New York police said Monday that they were investigating an explosion of "unknown origin" in busy downtown Manhattan, and that people were being evacuated.

Four people were injured Monday in the blast that rocked a subway station in the heart of Manhattan, firefighters said, but none of those injuries was life-threatening.

Police had said earlier the only injured person was a man detained in connection with the explosion, which took place in the station at the Port Authority bus terminal, not far from New York's iconic Times Square.

Early media reports said the blast came from a pipe bomb, and that several people were injured.

"The NYPD is responding to reports of an explosion of unknown origin at 42nd Street and 8th Ave, #Manhattan. The A, C and E line are being evacuated at this time. Info is preliminary, more when available," the New York police department wrote on their Twitter account.