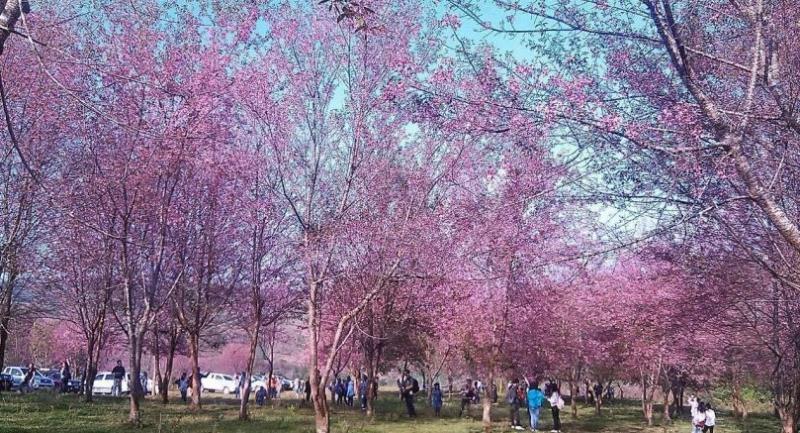 Too many tourists visiting Phu Hin Rong Kla National Park in Phitsanulok are driving their own vehicles to scenic viewpoints, resulting in a ban on vehicles in the Phu Lom Lo area beginning on December 25. Officials are also worried about possible harm to the natural ecosystem.

Sawang said private vehicles would be banned until further notice under Section 16 (9) of the National Park Act 1961, violations of which can result in a month’s imprisonment and/or a fine of up to Bt1,000.

Phu Lom Lo is a prominent rise in the centre of the park that was once the scene of a battle. Crops had long been cultivated there, leaving the area denuded of trees. More than 100,000 cherry trees have been planted on the rise since 1998, and the annual appearance of the white and pink blossoms December through February makes it a popular attraction for tourists.

This season, the trees are expected to be in full bloom in mid-January.

To encourage visitors to leave their private vehicles behind, entrepreneurs in Phitsanulok and Loei have arranged 350 trucks to transport them to Phu Lom Lo.

The trucks are stationed at the park office, at Ban Rong Kla in Nakhon Thai district in Phitsanulok, and in Dan Sai district in Loei.