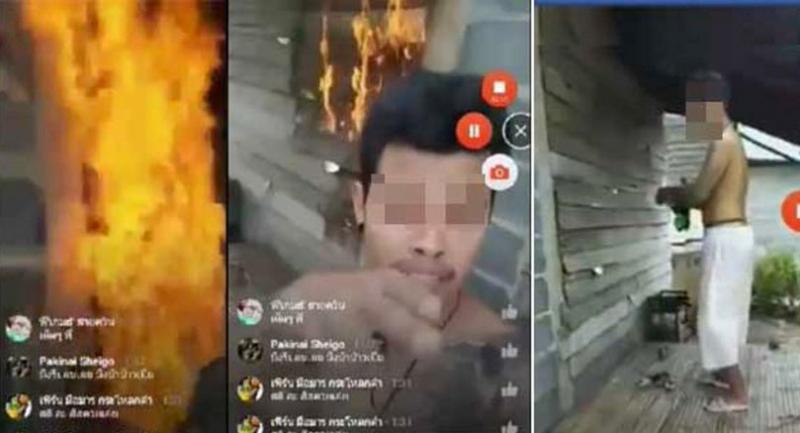 A man who published a Facebook Live post of him dousing his associate’s parents’ house in gasoline and setting it alight in Buri Ram’s Kaen Dong district over a grudge about an unpaid debt last Saturday has failed to surrender to police to hear charges of arson.

The post, which showed the man making rude remarks against the debtor, was widely shared on Thai social media, with criticism focusing on the wanton destruction of property and stupidity of live broadcasting an incriminating act. In his latest post on Facebook, Arthit “Top Howdy” Chakkhum claimed his action had been motivated by drunkenness and anger.

He said he had just meant to urge his “friend” to repay the debt and the house had not been seriously damaged because the flames had been quickly extinguished. He also apologised for such an “ignorant” action that set a bad example for others.

However, the victim’s father has filed a police complaint. Kaen Dong police superintendent Pol Colonel Sampat Srichanteuk said officers were gathering evidence on Wednesday to apply for arrest warrants for conspiracy to commit arson for Arthit and the person who took the video clip, given the audacity of the crime and the amount of public attention it has garnered.