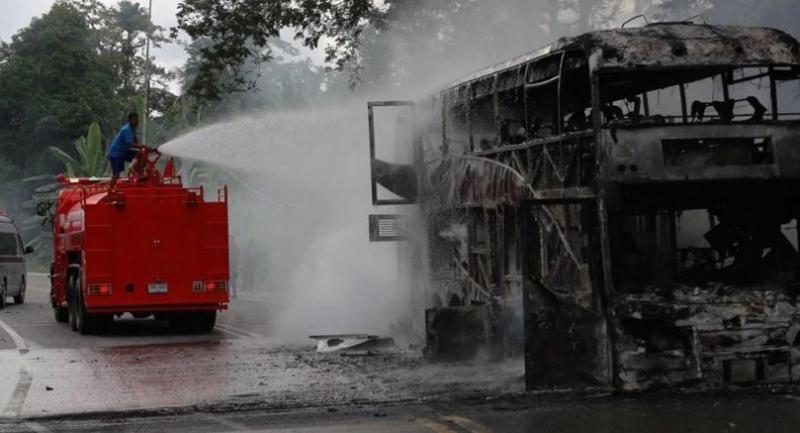 A group of assumed militants armed with war weapons on Sunday blocked and seized a public bus before torching it in Yala’s Bannang Sata district. All passengers were safe.

It was initially reported that a bus of Siam Dernrod company carrying 11 passengers was heading to Bangkok when it was forced to stop at about 2.30pm on Road No 410 in Bannang Sata precinct by a group of 10 armed men.

The men removed the passengers from the vehicle before burning it to the ground. Before fleeing, they cut down trees to block the road and deployed spikes to prevent officials from following them.

After being alerted, combined forces blocked the road out of fear that the militants might plant bombs and trigger them if the forces entered the area.

Before the attack, some militants were said to have set fire to villagers’ houses and cut down some trees.