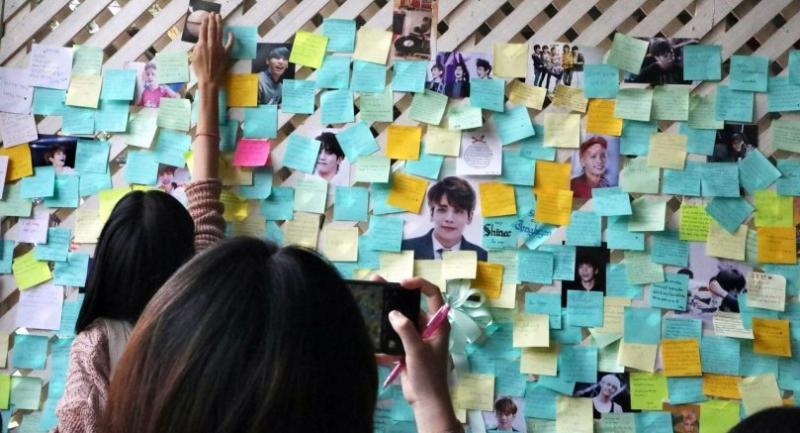 Thai fans of the late South Korean band SHINee singer Kim Jong-Hyun puts up a note for him during a memorial held by the boyband's Thai fanclub at a Buddhist temple in Bangkok on Thursday.

Dozens of the 27-year-old lead singer of the hugely popular K-pop boyband SHINee, showed up at a temple to attend the memorial in memory of their beloved singer.

The singer took his own life in a Seoul hotel room on December 18, with his death sending shockwaves through fans around the world.