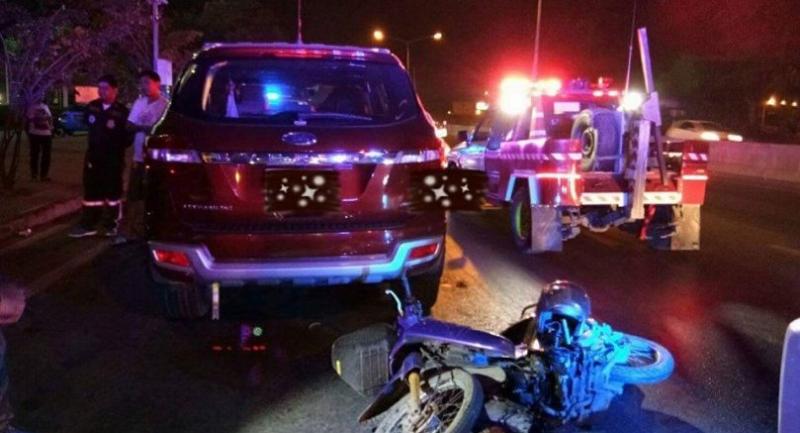 Two boys were orphaned when their parents, who were riding a motorcycle home to see them early yesterday, were killed in a collision with a pickup truck in Pathum Thani province.

The truck driver claimed the couple was riding against the traffic, police said.

The crash occurred at 1am near the Big C Khlong 6 mall on Rangsit-Nakhon Nayok Road in Tambon Phakkood, Thanyaburi district.

Police found the dead body of Kittipan Chancharoen, 42, and his wife Supitsa Kit-udom, 38, near the wrecked Suzuki motorcycle without a licence plate while the front of the Ford Everest pickup truck was severely dented.

The pickup driver, Narin Khumkaew, 43, who waited for police at the accident scene, claimed the motorcycle rode against the traffic and collided with his pickup resulting in the deaths.

Police collected evidence from the scene and brought the driver for further questioning to Thanyaburi Police Station and sent the bodies for autopsy.

When police were checking the deceased persons’ cellphone in an attempt to find their relatives, they dialled the last number called, which turned out to be the couple’s 13-year-old son who was waiting at home along with his 10-year-old sibling for their parents to come home.