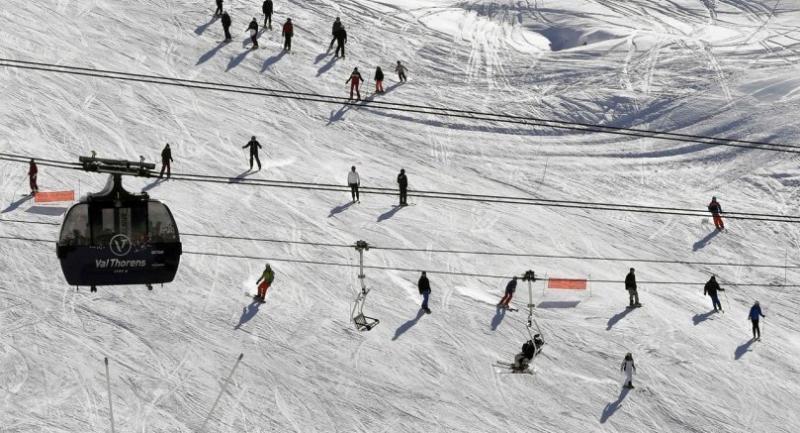 (FILES) This file photo taken on November 26, 2016 shows people skiing down a slope on the opening weekend of the ski season at Val Thorens ski resort, in the French Alps. / AFP PHOTO

Around 150 skiers in the French Alps were rescued after being trapped for several hours when their ski lift broke down on Sunday.

The rescue operation lasted about two hours, Franck Lecoutre, head of the tourism office in the Chamrousse ski resort, near Grenoble, told AFP.

"They will all be in time for Christmas Eve," he said, noting that no one had been hurt. The weather was clear for the rescue operation.

The breakdown, whose cause was unknown, occurred around 1400 GMT on the ski lifts which link the resort of Chamrousse, located at 1,650 metres (5,400 feet) above sea level, with the summit of Croix Chamrousse at 2,250 metres. The weather was clear.

The operation involved two helicopters, with rescuers lowered on top of the gondolas to help the trapped skiers descend to the slopes with the help of ropes, David Gendre, a member of the rescue team, told AFP.

The Croix de Chamrousse ski lift was set up in 2009 to replace a cable car and two chair lifts.