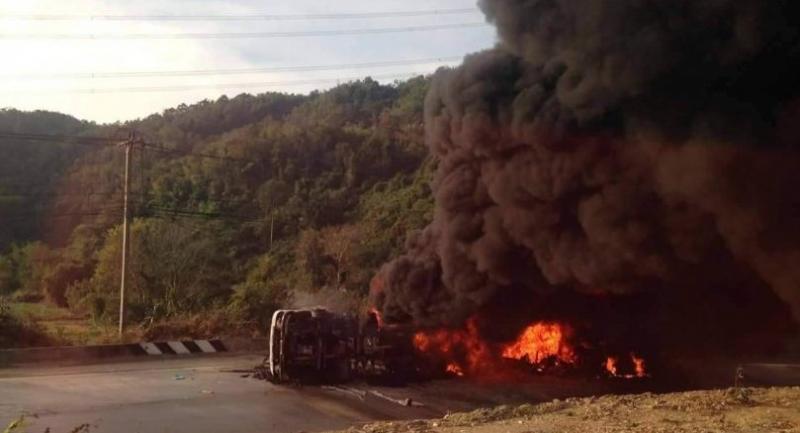 A tanker truck overturned on a highway in Phrae’s Rong Kwang district on Monday morning, causing many explosions and a fierce fire. The tanker’s driver, Chaichana Praphan, is believed to have been killed in the blaze.

Prasit Limheng, the driver of another tanker truck, told police that he and Chaichana had been on their way to deliver petrol to Laos.

“I was just 50 metres ahead of him when I noticed that the accident occurred,” Prasit said. “I rushed back to help but stopped after hearing nearly 10 explosions at the site.” The tank contained about 42,000 litres of petrol.

The accident area on Highway 101 was closed to traffic later Monday but officials prepared a road diversion to facilitate the flow of traffic.

Chaichana’s relatives were informed of the accident yesterday.

Officials planned to remove the tanker truck from highway by Monday afternoon.