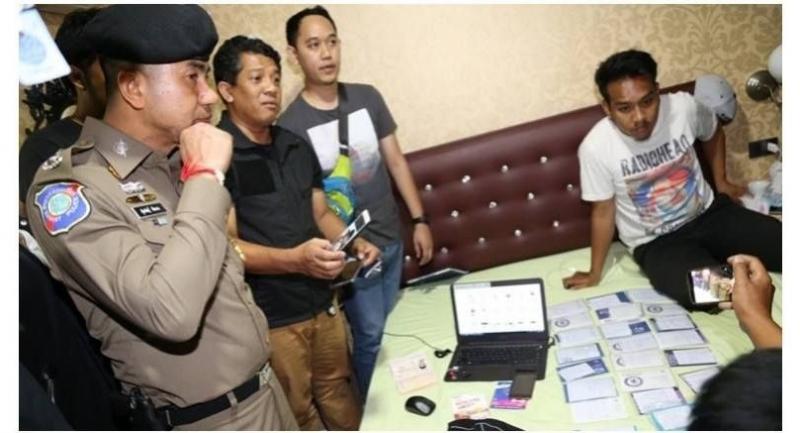 Police arrested five Malaysian men at a Bangkok hotel early Friday and charged them with being members of a call-centre scam gang.

Surachet said they had previously arrested another Malaysian man, from whom they obtained information that led police to the five suspects.

He said the five were found to frequently enter Thailand. The investigation has centred on Tan for allegedly gathering money transferred from victims to several bank accounts opened under the name of Thais and then remitted out of the kingdom.

The transaction showed he had just wired Bt1.2 million out of the country, Surachet added.

He said Thais who were hired to open bank accounts for them have closed some accounts. Police will check the accounts that remain active to try to net the remaining scammers, Surachet added.