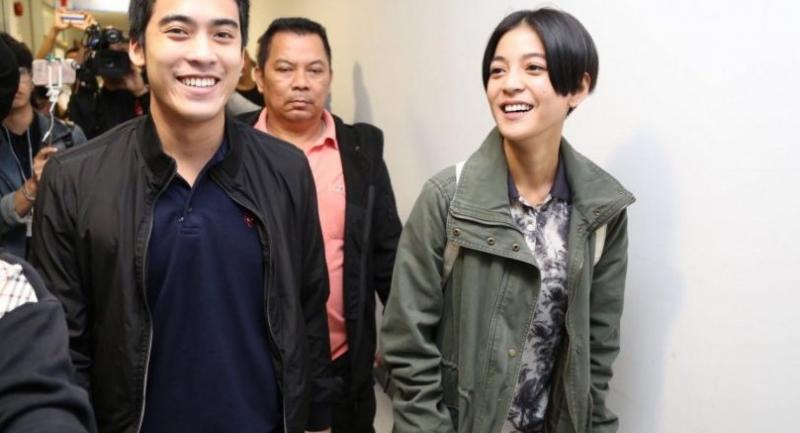 Actress Apinya “Saipan” Sakuljaroensuk and her actor boyfriend Nuttawuth Boonrapsap on Friday morning went to an interview with police officers regarding her recent Instagram post that allegedly violated the Computer Crime Act.

The 27-year-old Saipan is alleged to have live-streamed a shot of her 24-year-old boyfriend’s penis on her Instagram account earlier this month, the shot of which then went viral, prompting her to delete the Instagram story and issue an apology for the “accident”.

Responding to a summons Saipan and Nuttawuth met with officers at the Technology Crime Suppression Division (TCSD) in Bangkok as part of their investigation into whether the actress had violated the law by uploading pornographic images onto a computer system accessible to the public.

Police have said if the investigation deemed the actress's action as violating the law, they would file a charge against her. Violating the law carries a punishment of up to three years in jail and/or a Bt60,000 in fine.