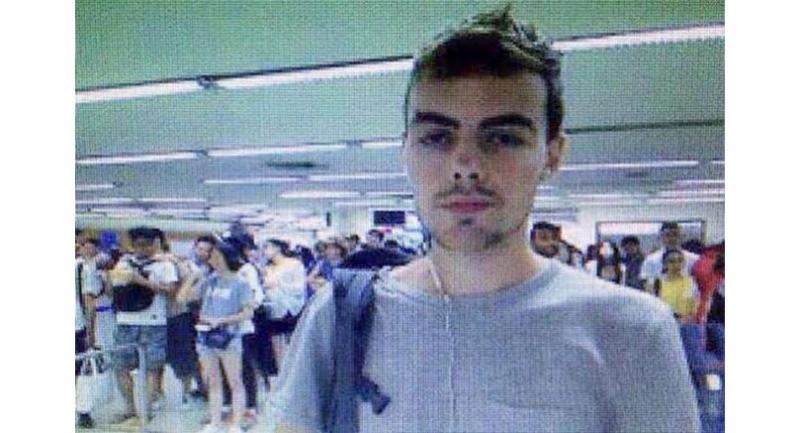 Bank robbery suspect David James Roach, 27, who has hired a lawyer, has been transferred from Bangkok’s immigration detention centre and is currently held in prison.//Photo : Royal Thai Police

Singapore - David James Roach, the suspect in the 2016 Standard Chartered Bank robbery case, has been detained by the British authorities and Singapore is working to extradite him.

Roach, a 28-year-old Canadian national, was detained in London last Thursday (Jan 11) following a request from Singapore, said the Attorney General's Chambers (AGC) and the Ministry of Home Affairs (MHA) in a joint statement on Monday.

Singapore has an extradition treaty with Britain.

Roach is accused of robbing the Holland Village branch of Standard Chartered Bank of $30,000 on July 7, 2016.

Roach allegedly handed the teller a note with his demands, then fled to Bangkok with the money on the same day.

He was arrested at a backpacker hostel three days later and was held in remand in Bangkok.

The Singapore authorities wrote to the Thai government, asking for assistance to repatriate Roach back to Singapore.

However, the AttorneyGeneral's Office in Bangkok reportedly rejected Singapore's request. Singapore has no extradition treaty with Thailand.

On June 6 last year, Roach was sentenced to 14 months' jail in Thailand for violating money laundering and customs laws by bringing loot into the country.

He was carrying the equivalent of more than US$20,000 (S$27,600)  believed to be the loot from the bank robbery  when he entered Thailand while on the run.

He was deported from Thailand after serving his imprisonment term for the commission of criminal offences there, and arrived in London on Jan 11, AGC and MHA said.