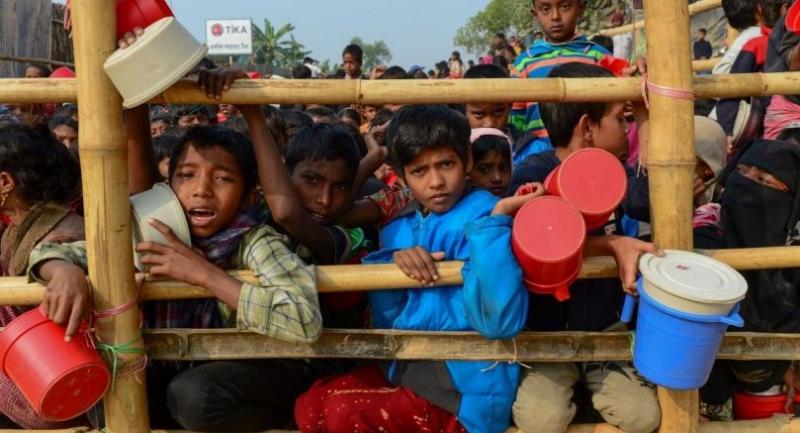 UN Secretary-General Antonio Guterres on Tuesday expressed concerns after Myanmar and Bangladesh reached a deal on the return of hundreds of thousands of Muslim Rohingyas that sidelined the UN refugee agency.

"We believe it would be very important to have UNHCR fully involved in the operation to guarantee that the operation abides by international standards," Guterres told a press conference at UN headquarters.

The agreement, finalized in Myanmar's capital Naypyidaw this week, sets a two-year deadline for the repatriation of the Rohingya.

Guterres, who served as UN high commissioner for refugees for 10 years, said the UN refugee agency was consulted about the agreement but is not a party to the deal as is usually the case for such repatriation plans.

Guterres said it was essential that the returns be voluntary and that the Rohingya are allowed to return to their original homes -- not to camps.

"The worst would be to move these people from camps in Bangladesh to camps in Myanmar," said Guterres who spoke to journalists after presenting his priorities for 2018 to the General Assembly.

UN member-states in December adopted a resolution condemning the violence in Rakhine state and requesting that Guterres appoint a special envoy for Myanmar.

The UN chief said he expects to make that appointment soon.

More than 650,000 Muslim Rohingya have fled the mainly Buddhist country since the military operation was launched in Rakhine state in late August.

Myanmar authorities insist the campaign is aimed at rooting out Rohingya militants who attacked police posts on August 25 but the United Nations has said the violence amounts to ethnic cleansing.