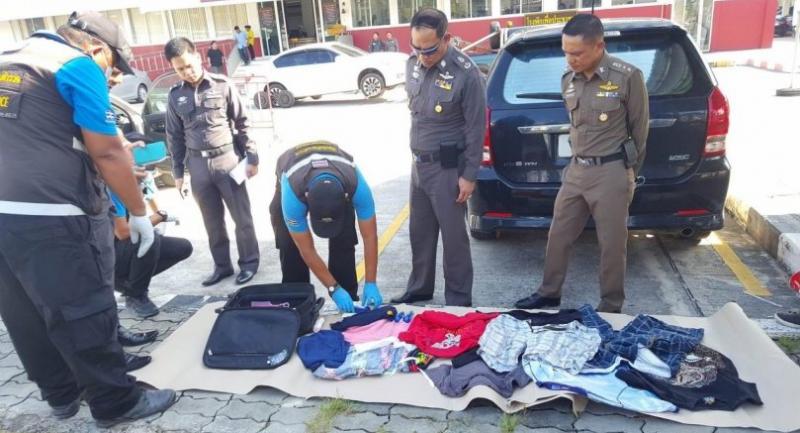 Police will apply for arrest warrants for at least six people on attempted murder charges after a shooting incident in downtown Hat Yai in Songkhla province early yesterday morning that followed an apparent quarrel between two gangs over a woman.

Hat Yai superintendent Pol Colonel Kittichai Sangkhathaworn said police had seized two cars involved in the incident and were collecting evidence from them. They will apply for the arrest warrants soon.

“There are at least six individuals – three from each side – and the charges are attempted murder, property damage, carrying and firing guns in public, and illegal gun possession. The possible motives are either a quarrel over a romantic relationship or drug dealing,” he added.

Police said the brief gunfight in front of a hotel stemmed from a dispute between “Aun Siangteung’s gang” and “Sak Phasuk’s gang”, one of which had declared war on the other on a Facebook Live broadcast.

Cars carrying members of the rival gangs met up on Jootee Anusorn Road in front of the Hansa JB Hotel at about 12.30am and the shooting started. Within moments, the cars had sped off in different directions.

No one appeared to have been injured, but bystanders had to hit the ground or seek cover. One round shattered the window of a convenience store and passed through the shirt of a hotel security guard, who was making a purchase, but he was apparently unharmed.

A pickup truck and sedan parked at the scene were left with bullet holes.

Police discovered the Aun Siangteung gang’s abandoned Honda Accord, with its front tyre shot out, in the hotel’s second-floor parking lot, and about 20 9mm and 11mm cartridges at the scene.