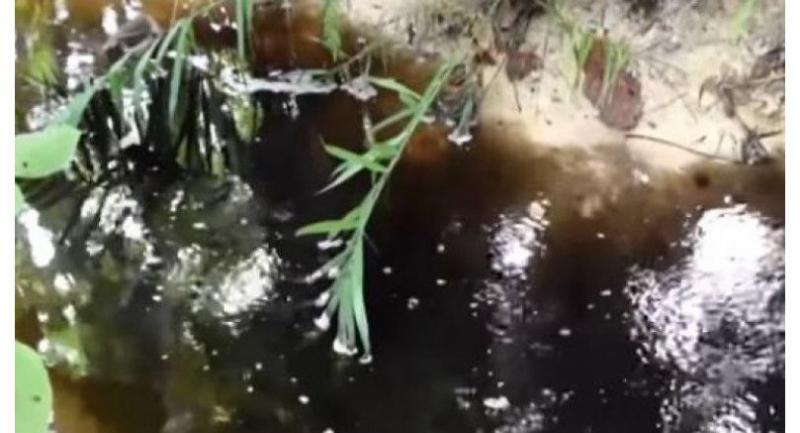 Krabi Industrial Office’s Industrial Plants Division head Benyathip Tantiariyasap said yesterday  that the factory must fix the problem and pass official inspection so that its operation meets the required standard, or it wouldn’t be allowed to reopen.

She said that this was the second time in a month that a leak had taken place at the factory. The factory would also be ordered to submit a plan to rehabilitate the water source and release fish and shrimp to repopulate the canal.

Benyathip  led a group of officials and representatives of Tambon Khao Khen residents to inspect and collect samples from water sources. This followed residents’ complaints that black, foulsmelling wastewater had been released from Larp Pakdee Palm Co’s factory last week, resulting in the deaths of many fish.

The 50 families in the community claimed they couldn’t use water from the canal for consumption, domestic use, pigrearing, mushroom farming or other agricultural activities.

Officials walked along the canal, where the water for several kilometres was dark in colour. They then inspected the factory, where the wastewater treatment tanks were found to be overflowing, sending untreated waste into the canal. Officials collected water samples in the canal and at the factory to send for lab tests.