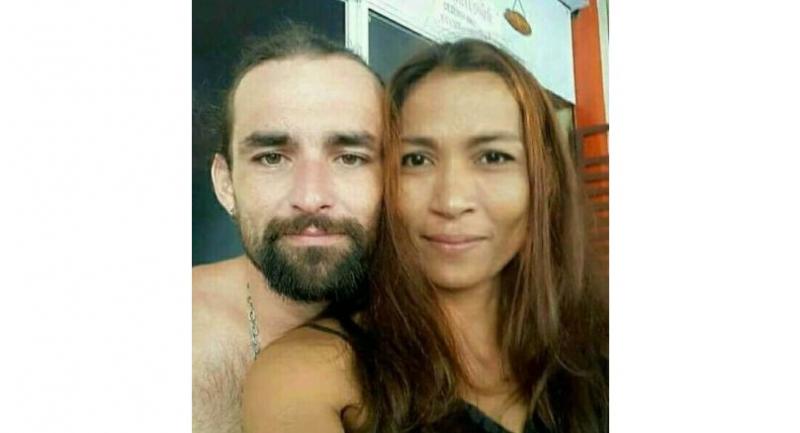 Police will soon apply for arrest warrants for a Thai woman and her French boyfriend, both of whom are reportedly on the run after being accused of involvement in the death of the woman’s Italian ex-husband in Phichit’s Bung Narang district.

Body parts found partially burned in the ashes of a bonfire of rubber tyres in a wooded area near Bung Thab Chan Pond in Tambon Laemran last Friday were confirmed to belong to Giuseppe de Stefani, 61, after his son, Luca de Stefani, confirmed that a tattoo on the leg was his father’s.

Police also collected the son’s DNA sample to compare it with DNA from the remains.

After a meeting of investigators on Tuesday morning, Provincial Police Region 6 chief Pol Maj-General Sukit Samana said police were gathering evidence to apply for arrest warrants for Rujira Eiumlamai, 38, and her boyfriend, who was identified only as Hamuari, 34.

The two are accused of killing de Stefani, dismembering him and burning his body to conceal the crime.

Following the discovery of the body, police on Sunday searched Rujira's home in the same tambon, where they found de Stephani’s expired passport and a bloodstain on a carpet, which was also tested for DNA with the results expected later in the week.

De Stephani reportedly lived at the house with Rujira for a year before he left last October.

Authorities said they suspected a love triangle and an argument over money might have resulted in de Stefani’s murder.