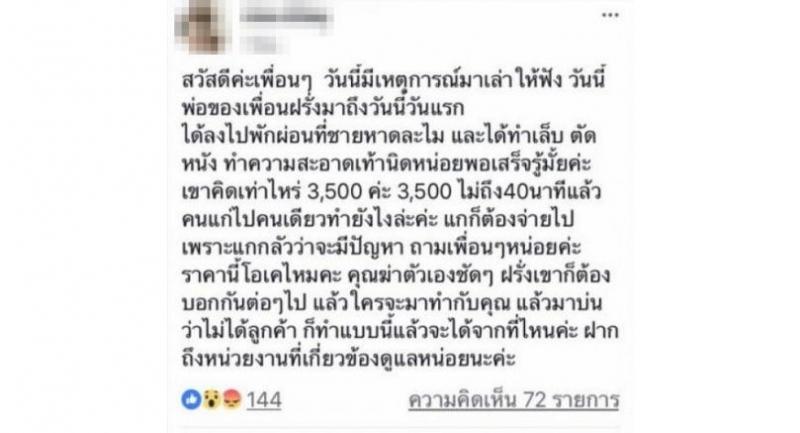 A Samui tourism industry chief is to propose that government agencies order compulsory registration of manicurists on Koh Samui after a Swedish man was charged an exorbitant amount for a brief treatment.

The incident came to light when a Thai woman posted on her Facebook wall that the father of her Swedish friend had arrived on Samui on Sunday and soon after gone down to Lamai beach, were he was approached by a manicurist, who treated his fingers and toes for less than 40 minutes … and charged him Bt3,500.

Worasing Pongkhamphan, the secretary general of the Samui Tourism Promotion Association, said the event damaged the image of the tourist-reliant island.

Worasing said he would return early to Samui from a business trip in Phuket to apologise to the tourist in person.

Her would also propose that the relevant government agencies screen and record the backgrounds of all would-be manicurists on Samui beaches.