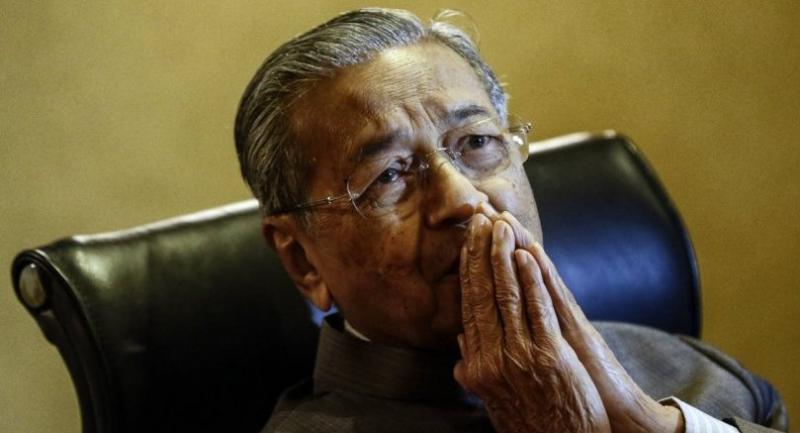 Malaysia's veteran former prime minister Mahathir Mohamad, who has been picked to lead an opposition bid for election victory, has been admitted to hospital with a chest infection, authorities said Saturday.

The 92-year-old, who has joined forces with his former protege-turned-nemesis Anwar Ibrahim in an attempt to topple scandal-tainted Prime Minister Najib Razak, "is being treated in the general ward for chest infection following a bout of cough," the National Heart Institute said in a statement.

Mahathir was admitted late Friday and would remain for a few days for "treatment and observation".

In recent weeks, Mahathir has been criss-crossing the country to beef up support for the opposition with polls fast approaching.

Mahathir has undergone two coronary bypass surgeries, in 1989 and 2007.

Political analysts say with Anwar, the country's most popular opposition leader and currently in jail, Mahathir is regarded as the biggest threat for Najib, who must call an election by August but is facing a massive corruption scandal over the sovereign wealth fund 1MDB.

Mahathir, who during his 22-year tenure as prime minister earned the reputation of being an authoritarian, could emerge as the world's oldest leader if the opposition wins.

But political observers say it will be a tough battle to oust Najib's Barisan Nasional which has been in power since independence in 1957 because the opposition is split.

In civil lawsuits, the US Justice Department has alleged that about $4.5 billion was misappropriated from the 1MDB fund founded by Najib.

Both 1MDB and Najib have denied any wrongdoing.