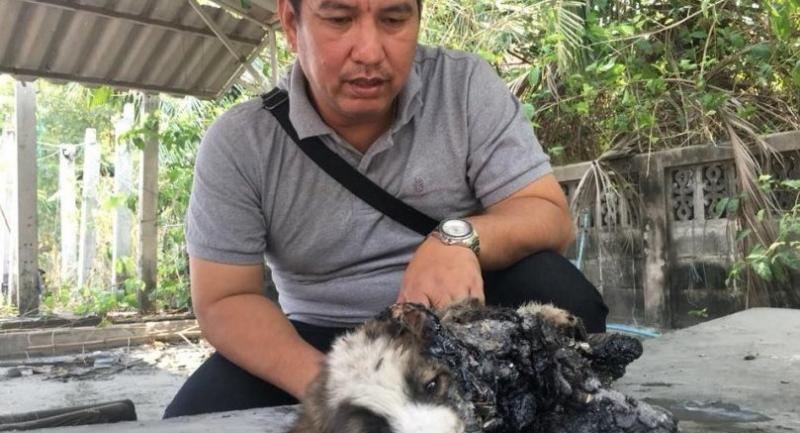 Two stray puppies sustained serious injuries after being stuck in a pool of asphalt at a parking lot in Chon Buri’s Sri Racha district yesterday.

The two-month-old puppies were found lying face-down in the asphalt, which had leaked out of a 200-litre drum at the parking lot near Wat Laem Chabang Mai. The more the puppies struggled, the more their bodies, legs, noses and mouths were covered by the sticky substance – and the more they sustained flesh-searing wounds. Truck driver Thawit Laddachot, 48, was backing up his vehicle at the lot when he heard the puppies’ cries for help, and he managed to get them free.

Prior to his efforts to clean them, they were covered with asphalt, which had also burned their skin and fur, he said, urging people to offer advice and help via his Facebook page: www.facebook.com/profile.php?id=100002119399963