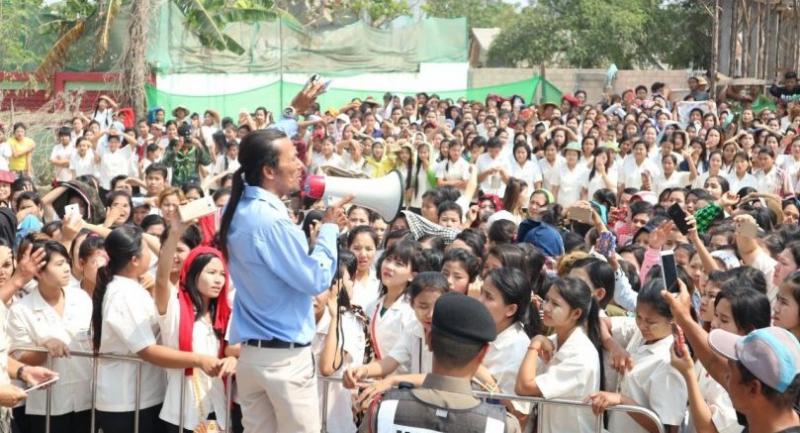 Some 300 migrant Myanmar workers on Thursday reached an agreement with their bosses for better pay and working conditions for which they had staged protests outside the jewellery factory in the Mae Sot district of Tak province on Wednesday.

The agreement was reached at a meeting hosted by the 14th Infantry Regiment and related agencies.

They reached an agreement that the company would return the workers’ Certificates of Identity cards, which are issued to migrants who don’t have a Burmese ID card, and household registration documents that allow the migrants to travel freely in order to obtain necessary documents and ultimately apply for a Burmese Passport. They also agreed to let workers have a day off every week, although the Department of Labour Protection and Welfare would still investigate the workers’ claim that the factory had not given them any day off to ensure the firm abided by the Labour Protection Act 1998. They agreed that the factory would no longer deduct an obligatory Bt15 per meal from the workers’ pay from February 19 onwards, allowing workers to bring their own food. It was also agreed that the factory must hand out pay slips every month and cannot ask a worker to do overtime for more than two hours without their consent. The agreement, with a condition that the factory must not punish those had attended the protest, satisfied the Myanmar workers who then agreed to resume work.

The Myanmar workers staged a road-block protest on Wednesday, as they were reportedly upset about not being given the minimum wage of Bt310, which has not yet come into effect, and also had other grievances related to their work.

The road block protests affected the local residents of Ban Tha Had and Ban Wang Takhian in Tambon Tha Sai Luad as well as passing cargo trucks and motorists. After the authority promised to arrange a meeting to discuss their demands, the protesters moved into the factory compound later on Wednesday and sent their representatives for the negotiations on Thursday.