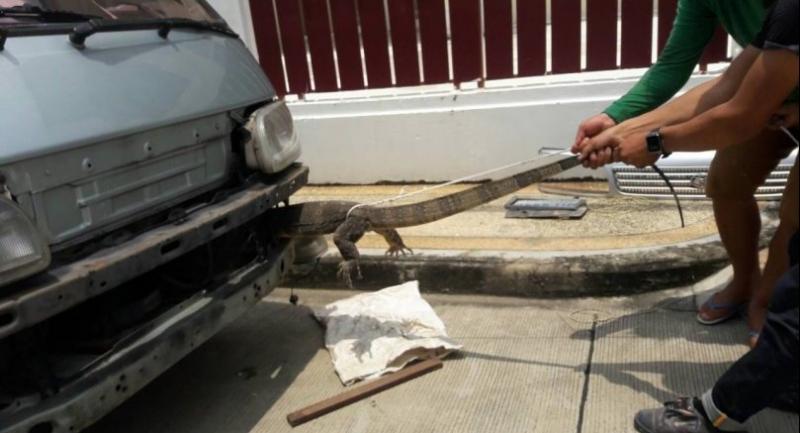 Bangkok has no way of dealing with monitor lizards captured in the city and can only release them to be recaptured later, a councillor said on Tuesday.

Somboon Muangklam said during a Bangkok Metropolitan Administration (BMA) council meeting that 4,580 monitor lizards and 34,375 snakes had been captured in the capital last year.

He said, however, that the BMA has no system to deal with snakes and monitor lizards after their capture.

He said captured snakes would be held at fire stations for a week or a month and then handed over to the Natural Resources and Environment Ministry.

Somboon said the BMA has no place to hold captured monitor lizards. The lizards are released in desolate areas only to be recaptured later when residents in those areas complain.