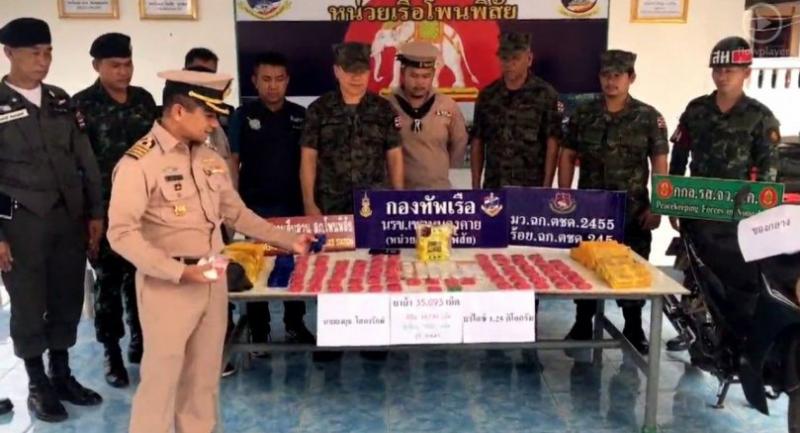 Navy officers and police have arrested a man for trying to smuggle 35,093 methamphetamine pills and 1.25 kilograms of crystal meth or “ice” from the Mekong bank in Nong Khai.

Yongyut Sopharak, 42, was arrested at 7.30pm on Tuesday by a joint force of a Navy Mekong Patrol unit in Nong Khai and police from Phon Pisai police station.

Captain Niyom Pheungto, commander of the Mekong Patrol Unit in Nong Khai, said he received tip-offs that there would be a smuggling attempt at the graveyard of Ban Wern village in Tambon Jumpol of Phon Pisai district. He then dispatched a team to work with police to monitor the area.

The team spotted a boat crossing the river from Laos before Yongyut arrived on a motorcycle and left immediately.

Niyom said the team chased Yongyut, whose motorcycle crashed against a kilometer marker before he was arrested and the drugs were found.

Yongyut said he was paid Bt5,000 to ride to the spot to take the drugs to send to an unnamed recipient in Udon Thani.