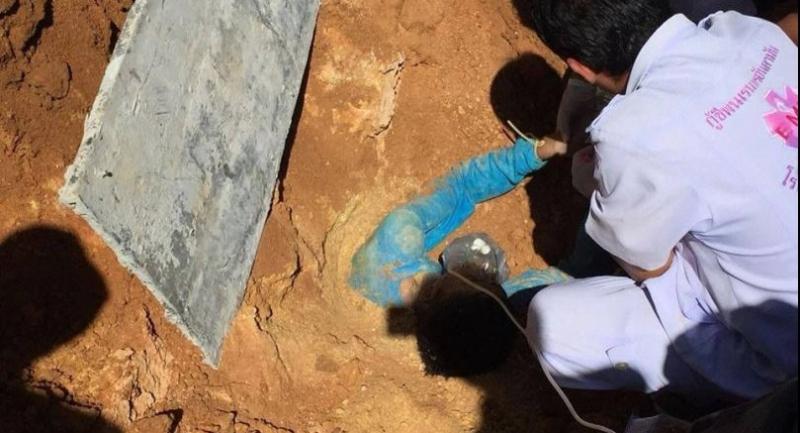 The Muang Phuket Police Station was alerted to the accident at 10.30am. Police, government officials and private rescue workers rushed to the scene in front of Vachira Phuket Hospital on Yaowaraj Road in Tambon Talad Yai. Police said a pile of soil dug at the site apparently slid because of tremors caused by the construction, burying four workers who were working in a waste-water treatment pond being built there.

Rescuers rushed to remove the soil and managed to pull out three workers.

The fourth worker was buried deeper and died before rescuers could reach him.

One of the survivors was severely injured. The workers were hired by Suwannarat Engineering Co Ltd to build a clinic, scheduled to be completed late this year.

Police said the three-metre-high pile of soil had no wall to keep it from collapsing. Police will further investigate the cause of the accident before deciding whether to press charges.