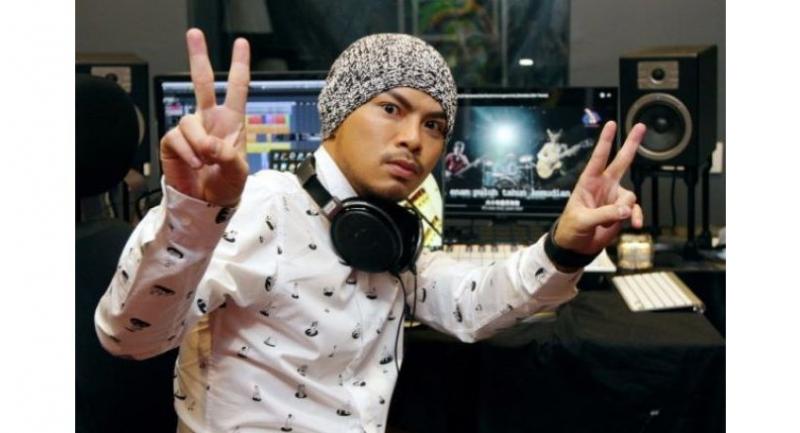 The video features controversial rapper Wee Meng Chee, known by his stage name Namewee, sitting on a chair in front of a domed building and mimicking barks of canines from around the world.

Several black-clad dancers wearing masks of dogs -- an animal considered unclean in Islam -- gyrate around him, with two of them mimicking a "doggy-style" sex move.

The video, to mark the start of the Year of the Dog currently being celebrated across Asia, generated accusations that it was filmed in front of a mosque in the administrative capital Putrajaya.

Police said at the weekend a probe had been launched into the artist -- who is from the country's ethnic Chinese minority -- for hurting religious feelings and "transmitting offensive communications".

On Thursday Namewee posted a picture of himself on Facebook arriving at national police headquarters in Kuala Lumpur to give a statement, and several hours later a message on his official page on the site announced he had been arrested.

Police confirmed in a statement they had arrested the 34-year-old over the video, saying it contained material deemed "insulting towards religion that could have negative implications for national and racial harmony".

They said four police reports had been lodged about the video, which has been viewed more than 950,000 times on YouTube.

Namewee faces up to a year in jail if found guilty.

In another YouTube video posted several days ago, the rapper denied having insulted Islam and said that the domed building visible in the background was the prime minister's office, not a mosque.

Lunar New Year is a major celebration in Malaysia, where a quarter of the population are from the Chinese diaspora.

Namewee has repeatedly been at the centre of controversy. In 2016, he was detained for several days for allegedly insulting Islam over a video partly filmed inside a mosque.

Malaysia generally practises a moderate form of Islam but religious tensions have escalated in recent years, with concerns growing over a rise in conservative Islamic attitudes.//AFP