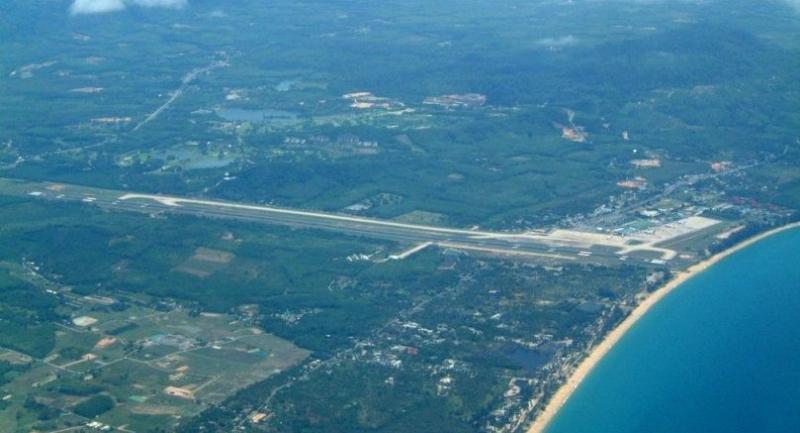 Photo by Phuket Gazette: The runway and taxiway closure will affect a total of 66 flights and the Airport has reported to the Department of Civil Aviation to change the slots.

Runway 09 at the Phuket International Airport was closed on Monday, and will be again on Tuesday, from 2am-7am to allow urgent repairs of cracks on the runway surface.

Small cracks have appeared in an area covering 9 square metres, while another areas of 84 square metres requires attention between the runway and the taxiway.

They said the runway needed urgent attention as a precaution, though the cracks presented no immediate danger to aircraft operations at the airport.

The runway and taxiway closure will affect a total of 66 flights and require a change in slots for the affected airlines.

The Airport has notified the Department of Civil Aviation of the slot changes, a well as issuing a Notice to Airmen (NOTAM) to change traffic flows.

The Phuket Land Transport Office has also been informed to ensure additional buses are provided for the surge of passengers on either side of the closure window.

Drinks and resting areas have been prepared on the third and fourth floors at the international terminal, as well as at the X-terminal.

The Airport also requested that Thai Airways, BAGS Ground Service and Immigration Officers do their best to accommodate the needs of passengers in the event of any delays.