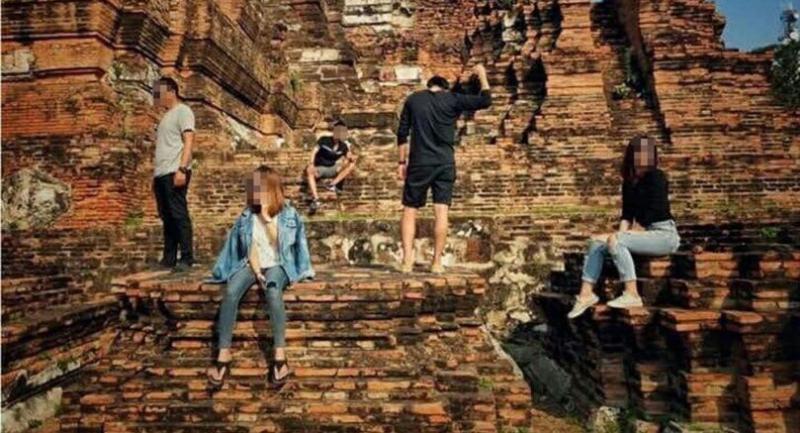 The director of the Ayutthaya Historical Park, Sukanya Bua-nerd, filed a police complaint on Monday morning against a group of Thai visitors who climbed on to temple platforms to pose for souvenir photos.

The photos, which were posted on social media, were accompanied by hashtags in Thai that translate as “gang of sinners 2018” and “unseen angle because climbing is prohibited”, suggesting that the visitors knew they were breaking the park’s rules. The historic park has implemented new instructions about rules and punishments since the photo was made public and attracted online criticism.

The Ancient Monuments, Antiques, Objects of Art and National Museums Act BE 2504 (1961) states that people committing “abhorrent acts” at historic sites can be punished by as much as one month in jail, a Bt10,000 fine or both.