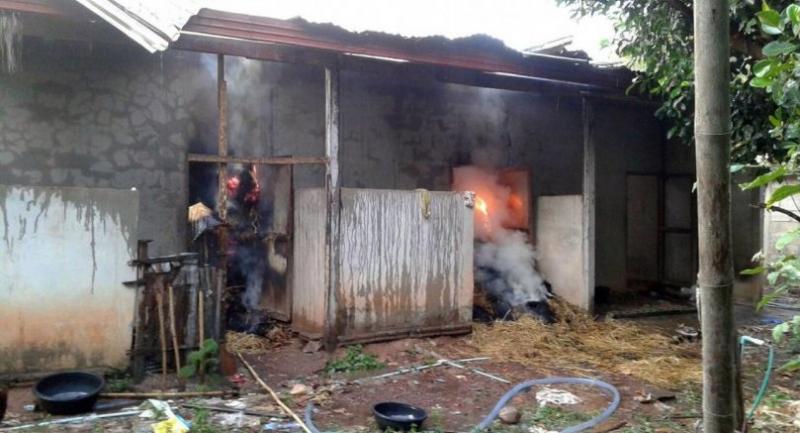 A fire burnt down 11 rooms of a living quarters for workers at a livestock ranch in Bueang Kan’s Mueang district on Tuesday morning, police said.

There were no injuries.

Three fire engines took about four hours to control the blaze after it broke out at 9.30am at the living quarters in Ban None Champa village, in Tambon None Somboon. The owner of the premises, Sawat Phanyosaranya, 66, said he kept hay in six of the 11 rooms and let his workers live in the others.

He said the fire had been caused by a short-circuit that sparked and ignited the hay.